The importance of storytelling in African societies dates back to different forms of oral tradition that make knowledge, history, and experiences transferable across time, cultures, and groups. The symposium on digital storytelling in Africa will center the ways in which digital media hardware and software expand the forums and techniques available to Africans to tell stories about different aspects of life on the continent. We bring together participants from different parts of the world, including African locations, to think together about digital storytelling and what it might mean in the context of African digital cultures.

The conversation will appeal to anyone interested in storytelling and the digital humanities more generally.

KEYNOTE Address:
The STAYED and the STOLEN: an Immersive Virtual Experience of Cape Coast Castle, Ghana–Humanizing a History of Horror for Healing
Professor Kim Gallon, Purdue University and Esther Armah, The Armah Institute of Emotional Justice. 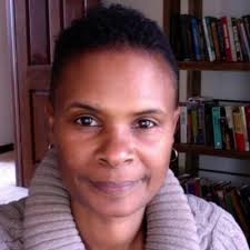 Kim Gallon is an Associate Professor of History at Purdue University. She is the author of Pleasure in the News: African American Readership and Sexuality in the Black Press and the founder of the Black Press Research Collective. 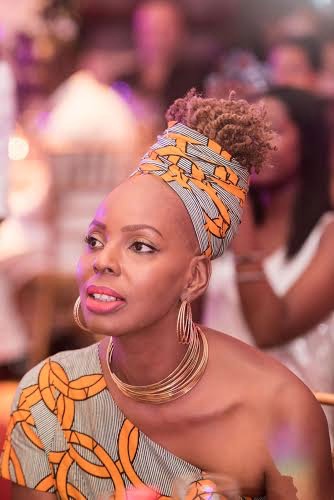 Esther Armah is Executive Director, The Armah Institute of Emotional Justice (AIEJ), a global institute providing emotionality education in the context of Race, Gender, Culture, besides her distinguished career as an international award-winning journalist and radio host. She has an Emotional Justice writing series in the global portal, WARSCAPES. In Ghana, her weekly front-page column for Business and Financial Times Newspaper focuses on gendered violence, media and the intersections of policy, global politics and emotionality. In New York, she was a Radio Host with Pacifica’s WBAI Wake Up Call, and was a Commentator on MSNBC and CNN. Her work was featured in publications Ebony.com, AlterNet, Essence.com, Salon.com, Gawker.com. She has written 5 plays; performed on stages in New York, Chicago and Ghana. Esther is a recipient of several awards. She was named ‘Most Valuable NY Radio Host’ in 2012 for her work in New York. For her work in Ghana, on gender, violence, policy and media in Ghana, she was presented with a ‘Woman’s Leadership Award’ as part of the annual ‘Africa’s Woman Leaders’ by the World Women Leadership Congress and Awards. 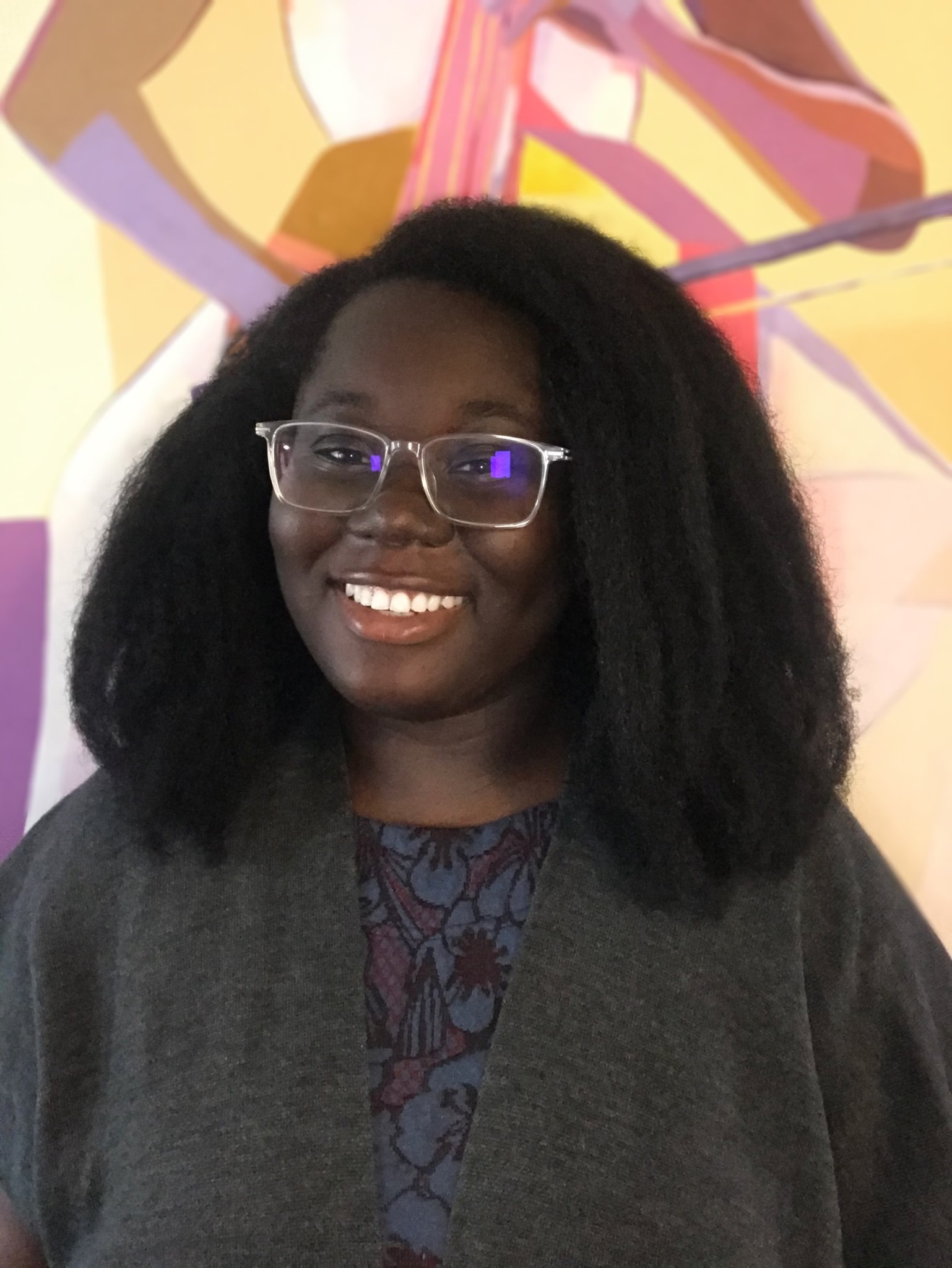 Ama Bemma Adwetewa-Badu is a 4th year PhD candidate in the department of English at Cornell University. She conducts research on Anglophone poetry and poetics, world literature, globalization, comparative Black studies, and the digital humanities. Ama Bemma has writing and reviews in and forthcoming from the “Process Forum” at Monderism/Modernity Print+, Comparative Literature Studies, and The Black Scholar. Her work in the digital humanities engages mapping, storytelling, and Black DH practices. This work was previously funded by a graduate fellowship in the digital humanities from the Society for the Humanities and the Cornell University Library 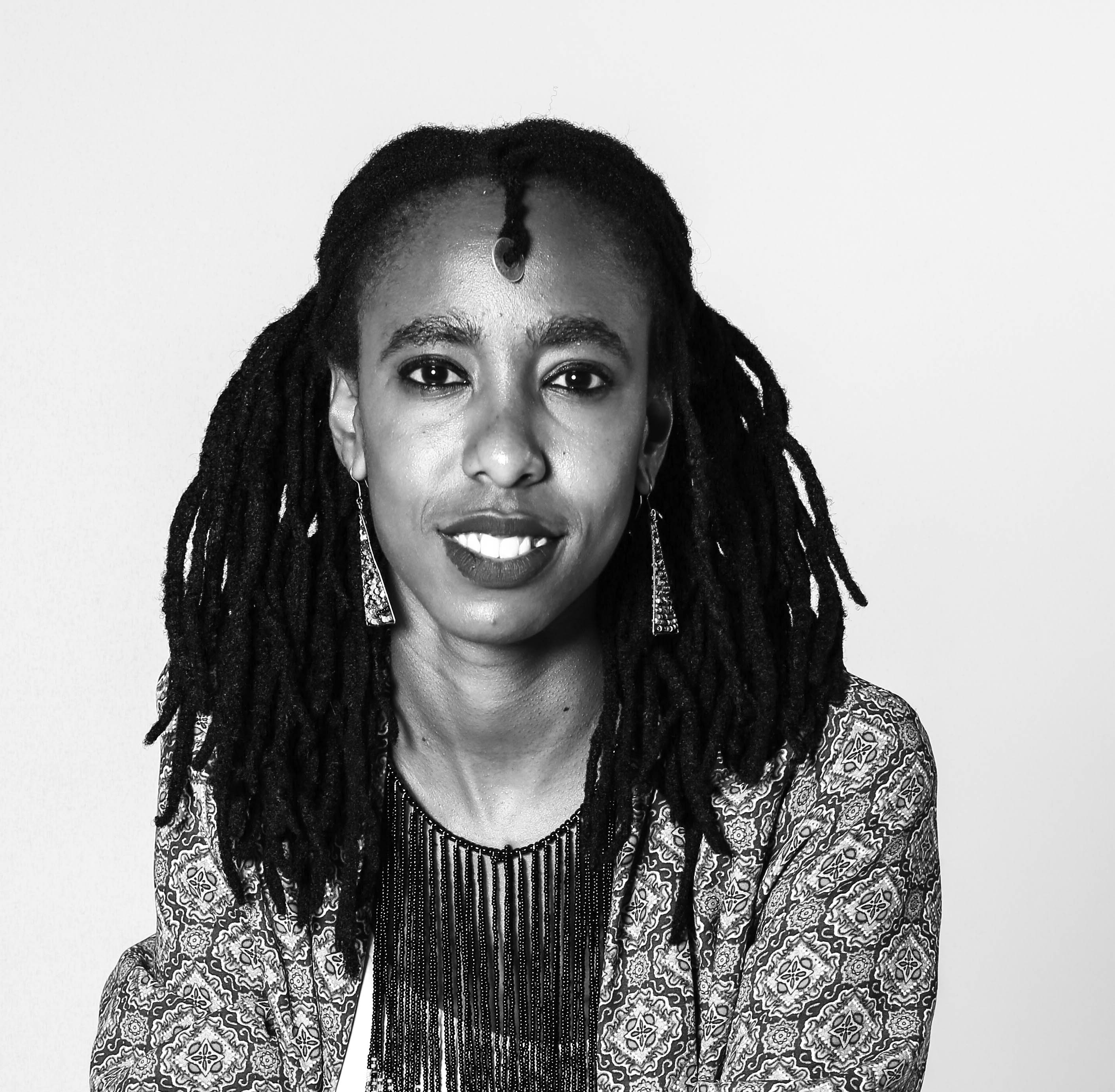 Chao Tayiana is a digital heritage specialist and digital humanities scholar. With a background in computer science and a life-long passion for history, her work primarily focuses on the application of technology in the preservation, engagement and dissemination of African heritage and culture. She is the founder of African Digital Heritage an organisation which seeks to encourage a more critical, holistic and knowledge-based approach to the design and implementation of digital solutions within African cultural heritage. She is the co-founder at the Museum of British Colonialism where she leads digital engagement and documentation. She holds an MSc in International Heritage Visualisation (2016 -2017) from the University of Glasgow/Glasgow School of Art where she graduated with a distinction. Her research work explored the possibilities of embedding intangible histories in 3D digital environments. She is a recipient of the Google Anita Borg scholarship for women in technology and a founding member of the Digital Humanities network in Africa. 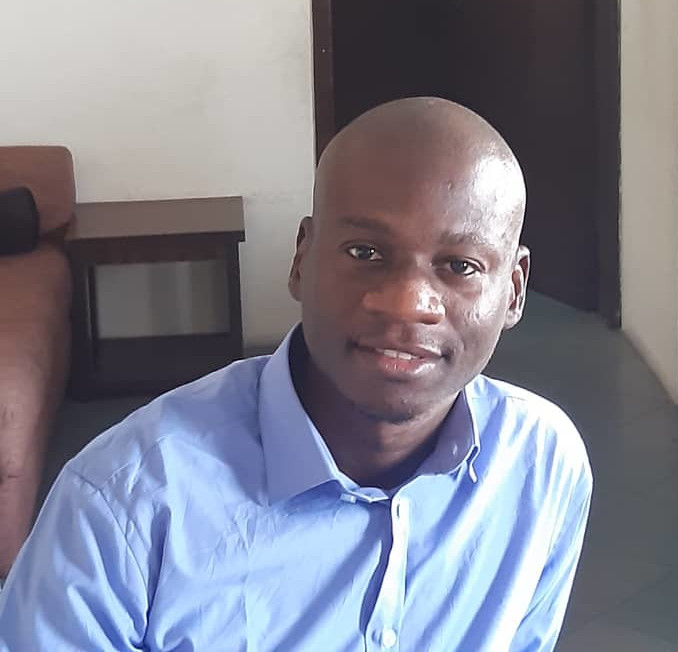 Bayo Puddicombe is a software Engineer and one of the founders of ChopUp™ and true veteran of the gaming industry in Nigeria. With a degree in Electrical/Electronics from University of Lagos, he taught himself how to code and built the first version of the Danfo game back in 2007. Prior to founding ChopUp™ he worked as an IT Analyst at KPMG Nigeria. He loves working with technology and building things. He believes that recent technology advancements present an opportunity to bridge the digital gap that separates Africa from the rest of the world and would love to play his part in making that happen. Today with his beautiful wife; Bolatito, they parent 3 lovely kids; Tise, Tobi and Toni. 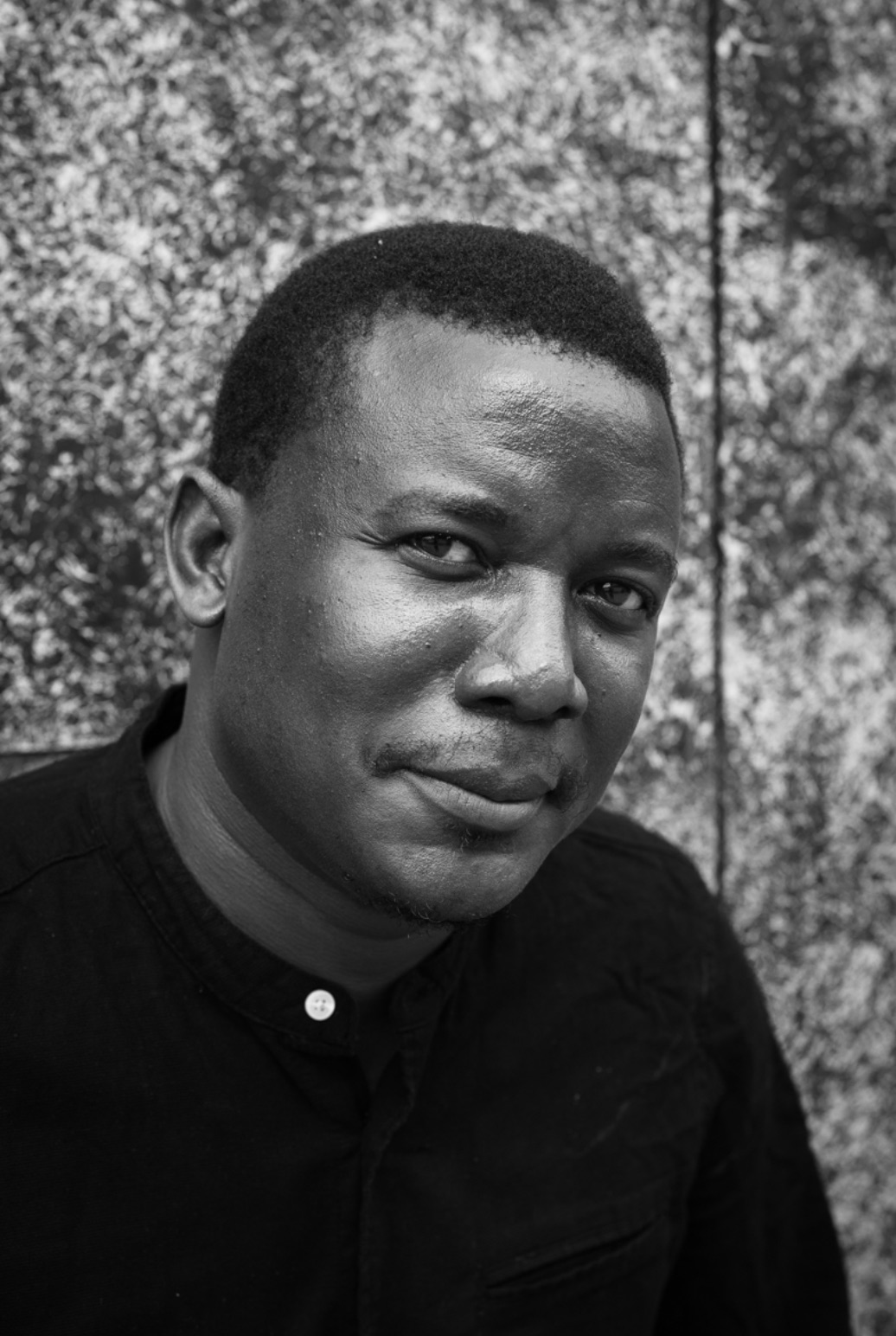 Kọ́lá Túbọ̀sún is a Nigerian writer and Chevening Research Fellow (2019) at the British Library in London, working on the African language print collections from the 19th Century. He was a Fulbright Scholars in 2009 at Southern Illinois University Edwardsville where he completed a Master’s degree in Linguistics/TESL in 2012. His language work and interests focus on Nigerian and African languages documentation and digitization, through lexicography and activism. Since 2005, he has led, championed, or been involved in a number of projects and activities to help improve the revitalization of African languages on the internet, and is the founder of the Yorùbá Names Project which documents all names in Yoruba in an accessible multimedia format. The project also released a free Yorùbá Keyboard software for Mac and Windows to allow its users type in Yorùbá language and Igbo on the internet.Tubosun has also worked at Google Nigeria, helping to get Nigerian language diacritics into GBoard. 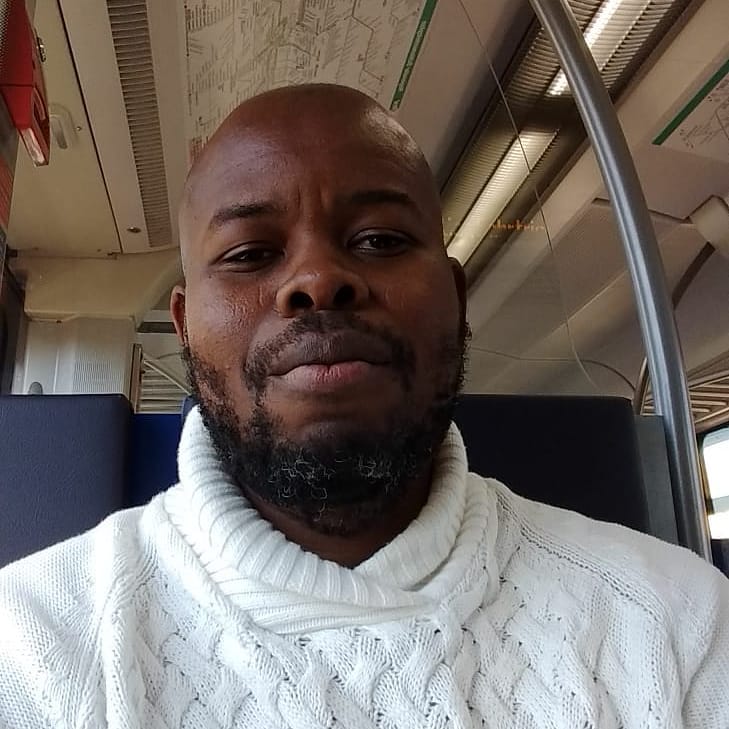 Shola Adenekan is an Assistant Professor of Literary and Cultural Analysis, at the University of Amsterdam. He holds a PhD in African literature from the University of Birmingham, UK. He has worked as a scholar at universities in Germany and the UK. He worked previously as a journalist at news organisations such as BBC News Online, The Independent Newspaper (UK), The Christian Science Monitor (USA), The Guardian (UK), and The Times Educational Supplement (UK). His main area of scholarly research is at the intersections of digital literary studies and print culture. Adenekan is the author of the forthcoming book African Literature in the Digital Age (James Currey) and is a recipient of the prestigious European Research Council research grant for his ongoing study on Yoruba Print Culture.

Sanjin Muftić is a Bosnian-born Canadian digital scholar, theatremaker, film editor and lecturer based in Cape Town. He has staged heightened theatrical texts and intermedial performances, designed videography and edited media for various South African theatre and film productions. Sanjin has completed his drama PhD at UCT focusing on the Planetary, Bricolage and Theatrical Images. His written contributions include several chapters in performance theory compilations. He has also presented at international conferences of the Federation for Theatre Research, the Society for Intermedial Studies and at CREATIVATE Digital Arts Festival. He served as the Head of Acting at the CityVarsity school of Media and Creative Arts in Cape Town between 2012 and 2019. He is currently working for UCT Libraries as a Digital Scholarship Specialist, where he serves as a data steward and digital curator developing advocacy towards practicing research data management, Open Science and helping researchers manage and showcase their digital scholarship projects and collections. 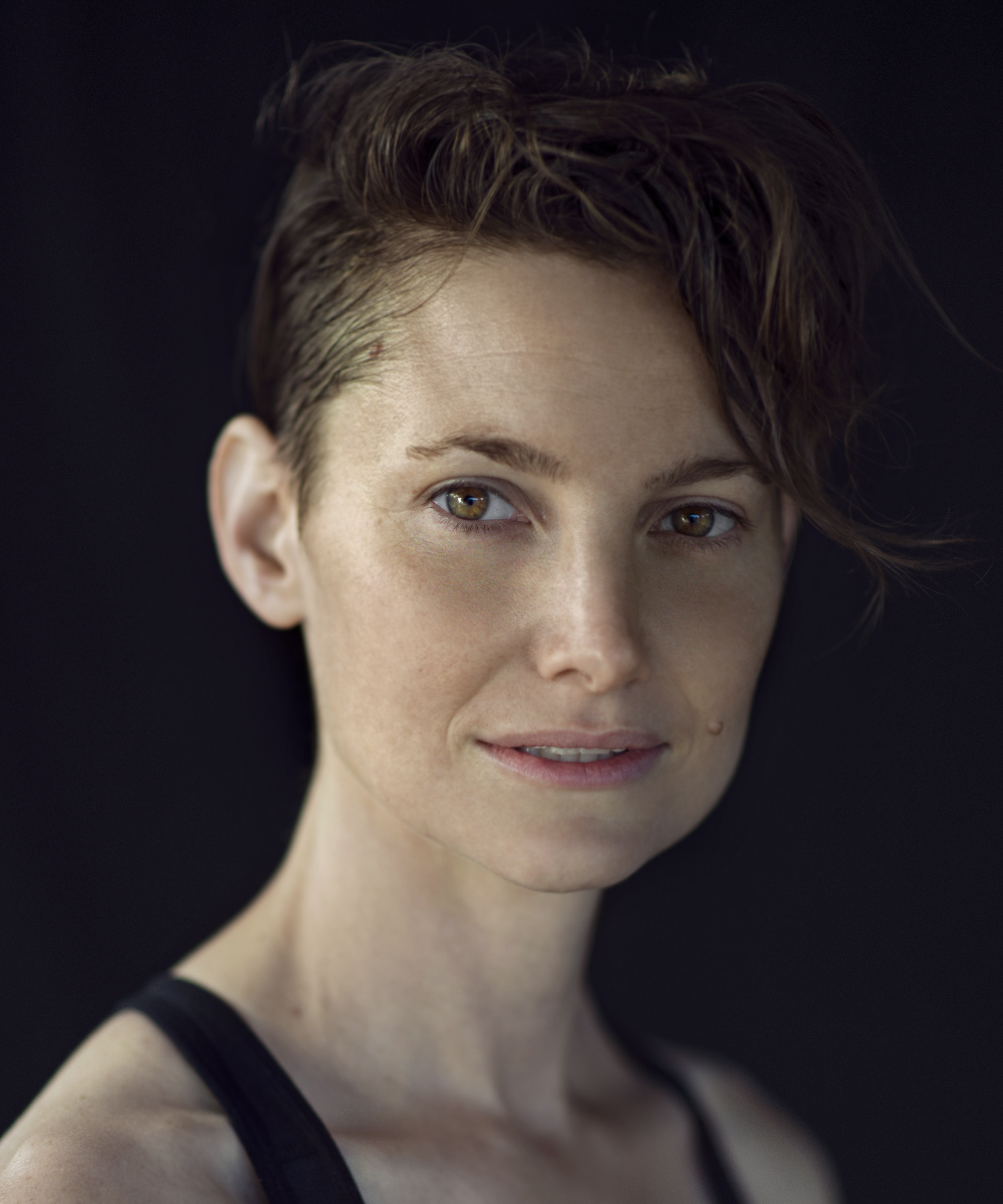 Jayne Batzofin is an award winning South African Theatre director and stage and costume designer. For the last five years they have been exclusively focused on developing theatre for children and youth, specialising in inclusivity and accessibility within the scope of disability. Jayne has had two of their productions invited to perform at international Theatre for Youth Festivals, including the April Festival (Denmark) and the Tokyo Inclusivity of Youth Festival (Japan). In 2019, Jayne completed their MA in Dramaturgy, through the University of Cape Town and the University of Amsterdam. Their thesis delved into the socio-political need for artists to work alongside children in developing new productions for young audiences. Currently Jayne is working as a digital archiver and data steward on the RETAGS (Re-imagining Tragedy in Africa and the Global South) project, being led by Prof. Mark Fleishman at the University of Cape Town. 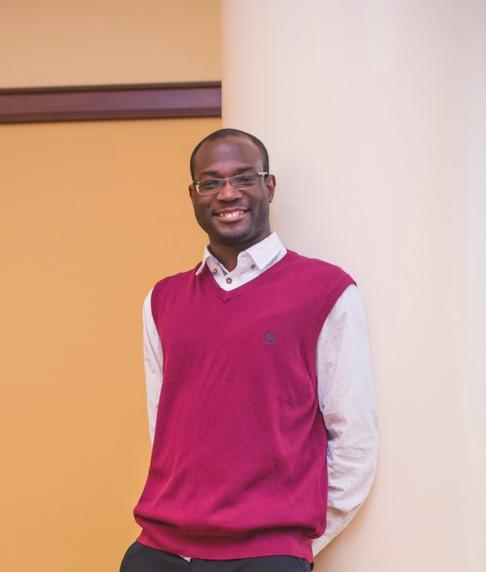 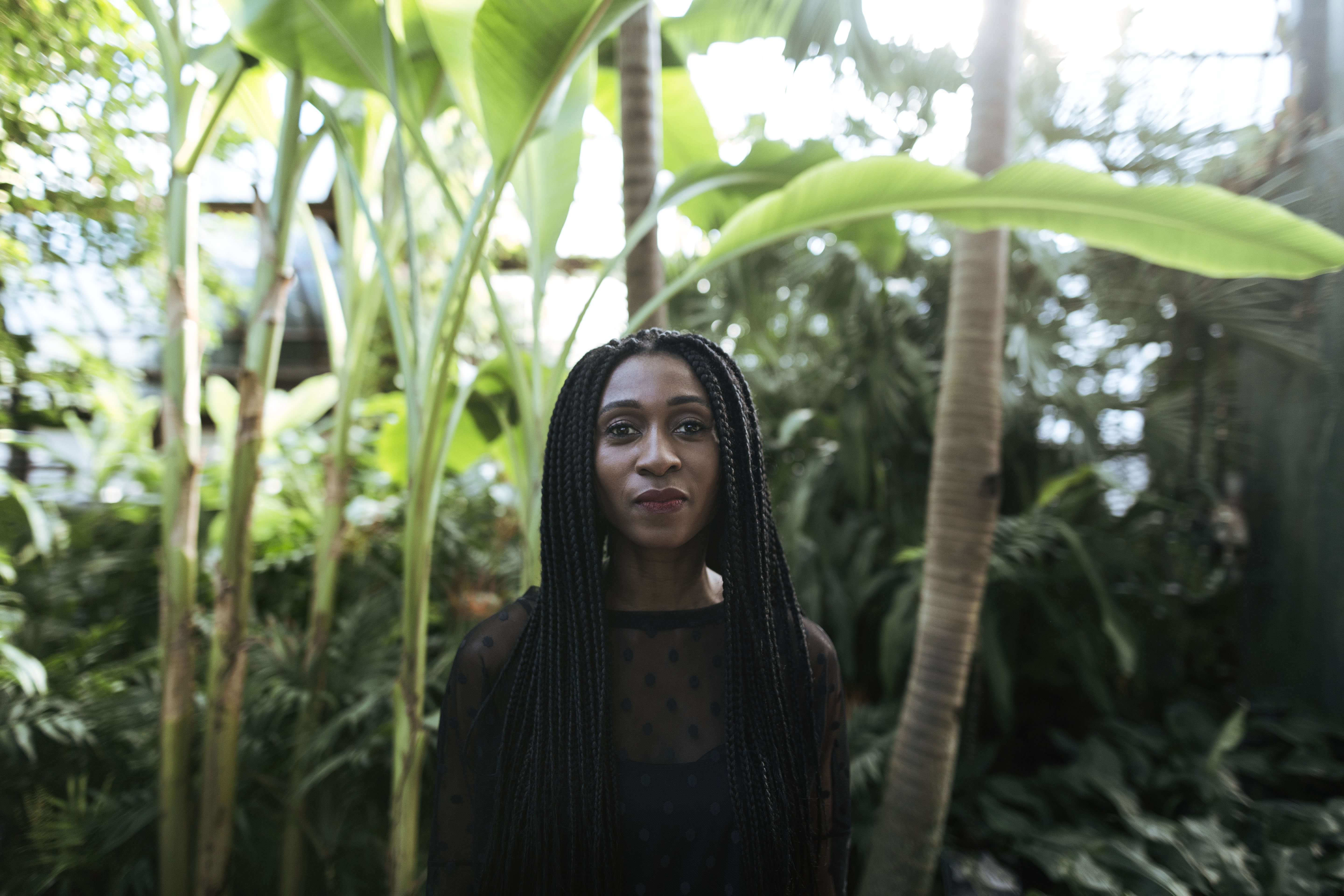 Ainehi Edoro-Glines is an Assistant Professor of Global Black Literatures at the University of Wisconsin-Madison where she teaches and researches on African literature and digital culture. She is the founder and editor of Brittle Paper, an online literary magazine for readers of African Literature. 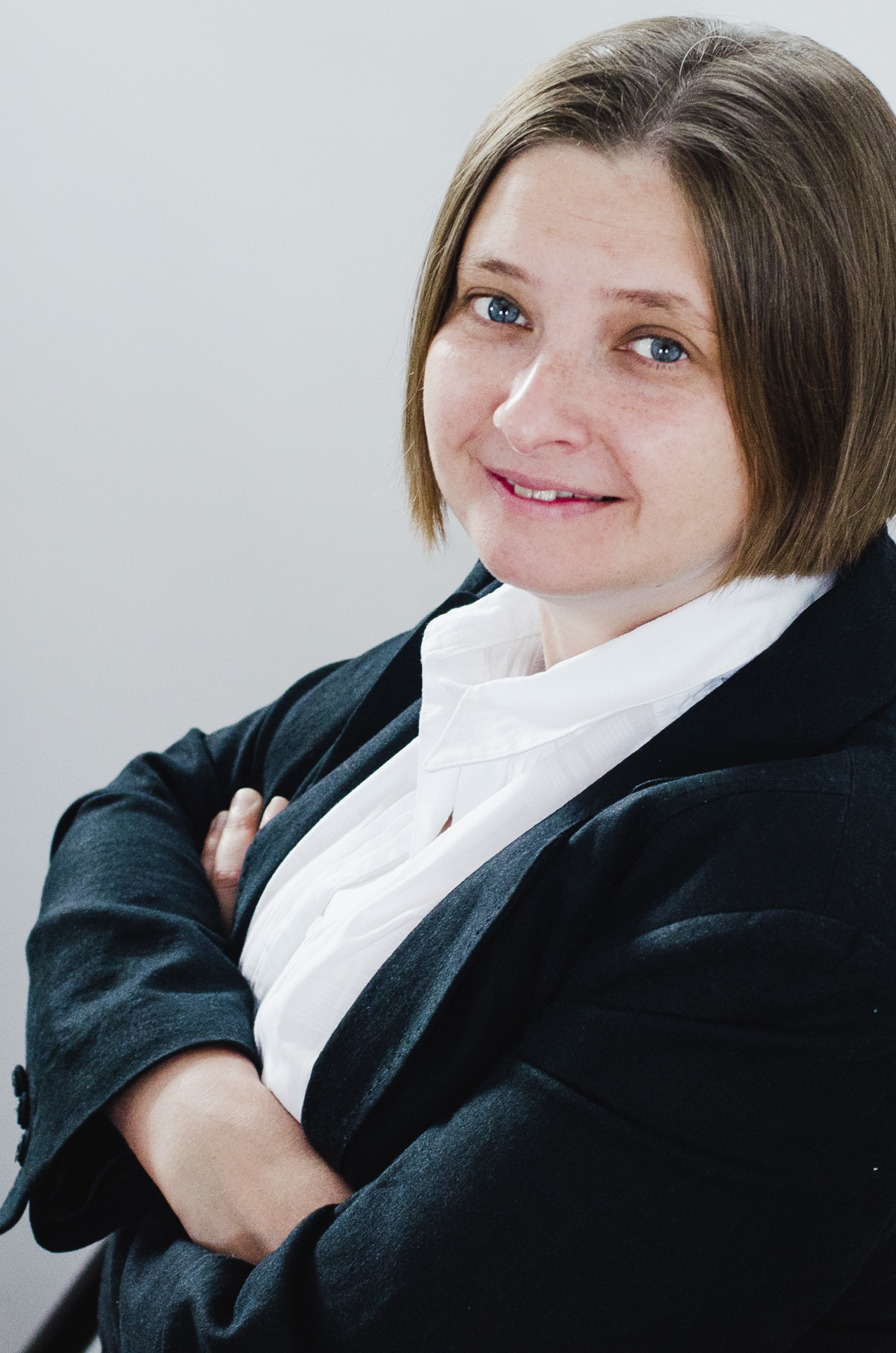 Iryna Kuchma is the EIFL Open Access Programme manager. Working in collaboration with libraries and library consortia in more than 60 countries in Africa, Asia and Europe, she advocates for open access to research results, facilitates the development and implementation of open science policies and infrastructures, and provides support and training. She serves on the UNESCO Open Science Advisory Committee; advisory board of the Community-led Open Publication Infrastructures Project (COPIM); and she is also an Associate Editor for the Directory of Open Access Journals (DOAJ). 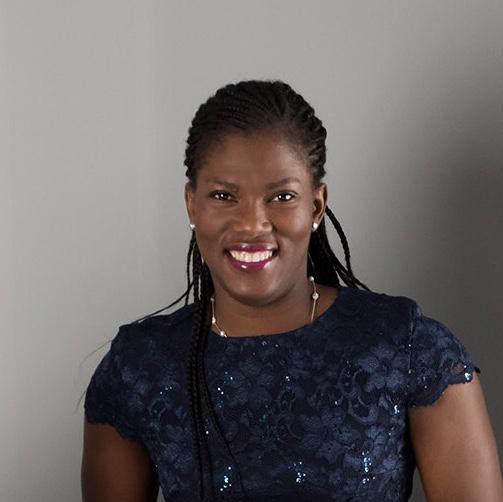 Titi is a first year Phd candidate at the University of Toronto. Her research interest lies in contemporary literary theories, Afro-Canadian Literature, and the digital humanities. Lately, Titi has been studying the relationship between the state of the digital humanities and economic development in developing countries, particularly those in Sub-Saharan Africa. Titi also investigates digital culture, exploring in her work gaps between digital literacy and digital humanities activities in the Global South.

The University of Kansas has been at the forefront of projects and critical debates focused on African digital humanities scholarship around the world. The symposium on African digital storytelling is part of a series of events that consolidate effort in this direction. The symposium on digital storytelling in Africa will center the ways in which digital media hardware and software expand the forums and techniques available to African to tell stories about different aspects of life on the continent. The importance of storytelling in African societies dates back to different forms of oral tradition that make knowledge, history, and experiences transferable across time, cultures, groups.

We bring together participants from different parts of the world, including African locations, to think together about digital storytelling and what it might mean in the context of African digital cultures. Panelists draw from the narratives of their own DH projects and involvement to reflect on the multiple meanings of digital storytelling. In the believe that the intersection of the diverse and rich storytelling traditions of Africa and digital humanities practices can bring more perspectives to digital storytelling itself, we recognize approaches to digital storytelling are diverse and might involve visualizations, digital mapping or photographic exhibitions, the creation of metadata or keywords development, or the digitization of print materials that recirculate older stories. We, therefore, welcome these, along with other storytelling approaches based on digital projects, platforms and ideas that make more African stories available and center African knowledge and ideas.

For full-screen version of the speakers’ map below click here.